Menu
×
We'll Teach You How To Build A Successful Web Business That Will Last A LIFETIME!
Home / Home Business / Can pooled knowledge extracted with technology be the cure for disease?

Recently at a dear friend’s funeral, I heard someone remark that she would live on in our hearts and on her FaceBook page. For some of us there that day, the fact that Isabella still had a FaceBook page including recent posts made it seem she was still here among the living. Later that day I reflected on how much technology and the Internet has changed our lives in such a short time with so much more to come than most of us can imagine.

Facebook, Twitter and other social media connect us in ways we never could before. Through these sites we know more of people than we ever knew before. What they are doing, where they are, personal details, photos and more are all posted online. People are willing to share personal details that you may have never known or they would never have told you. Computers once thought to be a past-time only for geeks and the socially awkward have become through the Internet, a powerful way to connect people around the world and as we are seeing more and more, a way to change the world.

But there is more, so very more to the benefits this technology offers each of us that extends beyond connecting within people via Facebook and Twitter.

Mobile applications now allow people to do their favorite online activities from the convenience of their phone or iPad. While standing in a long line at the grocery store, I noticed 7 out of 10 people tapping away madly on their phones. I snuck a covert look at a couple of them to see they were on Twitter, Facebook, checking email, reading news or firing off a text message. Spend anytime in an airport lounge and the majority of people have phones out and are pre-occupied with something far more interesting then the buzz of the airport around them. Technology is integrated INTO our daily lives – no longer so separate.

At any given time thanks to our phones and the Internet we are all connected in a very personal way. Even when we are not in physical contact with our friends and loved ones, we feel that we are still close. No longer chained to our home computer, we can carry on our business, our hobbies and our relationships conveniently from our smart phones.

Five years ago when my company, Worldprofit released the Live Business Center it was brand new interactive technology. We were able to stream LIVE video to our website audience. When visitors landed on our site, they were startled to have someone on screen say hello to them. People were shocked and confused! They couldn’t understand at first who was talking to them and how they were doing it. Today, years later people are more comfortable with interacting with their computers and phones. FaceTime on the IPhone for example has made it wonderfully easy to connect LIVE face to face with their family and colleagues. Webinars once unknown are common now. Web-based conferences and meetings are convenient for the consumer, a money-saver for corporations and happily a good thing for the environment with fewer people traveling to meetings.

Today, Worldprofit offers a personalized version of the Live Business Center that our Members can use and add to their own site. The technology allows them to greet their site visitors, answer their questions, provide customer service, make offers, and close sales, In short , they can connect with prospective customers in real time. Massive unemployment and world turmoil has meant that the number of home based businesses and entrepreneurs has skyrocketed. The Internet has allowed a person working from home incredible freedoms and opportunity to make money by selling products, promoting affiliate marketing programs, blogging, offering web-based services and more.

As the world has now surpassed 7 BILLION people, I can’t help but think how we may be bigger but through the Internet the world feels smaller and closer. Technology has made all of our lives better. When like-minded people unite, good even great ideas emerge. Perhaps technology will be what moves us closer to solving problems, finding cures for diseases.

Technology powered by PEOPLE is changing our world – for the better – just look at these stories below and start to imagine what is yet to come!

In September of this year, a group of video game players solved a molecular puzzle that has stumped scientists for years. The gamers accomplished this by using a collaborative online game called “Foldit”. Foldit is a computer game that enables players to contribute to important scientific research. The area of focus is proteins and how they fold. Proteins are found in all living things and involved in diseases such as cancer, AIDS and Alzheimer’s. According to the people at Foldit, “We’re collecting data to find out if humans’ pattern-recognition and puzzle-solving abilities make them more efficient than existing computer programs at pattern-folding tasks. If this turns out to be true, we can then teach human strategies to computers and fold proteins faster than ever!” More than 236,000 players have registered for the game, that’s a lot of collective brain power to solve problems and a huge and growing body of knowledge from which to draw. What this means is that the door has been opened to discovering “crowd-sourced” solutions to age-old problems including AIDS and other diseases that have plagued mankind.

Take the case of the New York Times where readers were invited to solve an actual real-life medical mystery. The basic facts of an illness were made available and readers were asked to diagnose the problem. 300 readers responded, and within the first 30 minutes of posting, a correct diagnosis was made and many more correct answers came in thereafter. Think of the implications for pooled knowledge? A hive of brains working together to solve problems from all corners of the globe.

Finally, what happens when great technological minds meet for their own individual purposes but with the side-effect of that collaboration being a huge benefit for all of us? Google’s Peter Novig and Microsoft’s Eric Horvitz recently met to discuss artificial intelligence. These two companies may be fierce business competitors but they both recognize the importance of artificial intelligence to the future of technology. Both of these creative minds spoke publicly about how machine-learning techniques have advanced by taking in large volumes of data and figuring out how to translate text or transcribe speech. As users of the new IPhone 4G already know, SIRI, the Voice activated assistant is here now but is only the beginning. Data, mass amounts of data is information. Knowledge is power. Access is the key.

The future is so very exciting! Imagine how every human being on the planet will benefit as new technology emerges that can extract specific data for problem resolution for everything from preventing traffic jams, to precise medical diagnosis, to eliminating oil spills, to research and space travel. There are no limits.

Facebook was really an accidental early social experiment. What we are learning now is that social media and other massed pooled data may be instrumental in social adaptation and actual survival.

Sandi Hunter is the Director of Website Development at Worldprofit Inc. Worldprofit provides a number of services for the small and home-based business community including hosting, design, webconferencing, traffic, advertising, SEO, safelists, traffic exchanges, training and resources. This year Worldprofit enters their 18th year in business. Details at worldprofit.com 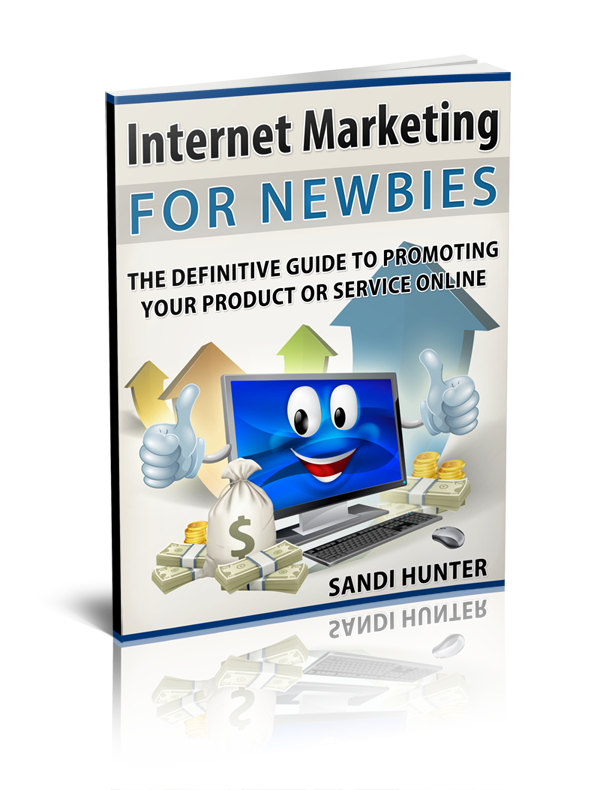